On our flight to a short timed “bat and ball” sport series underway somewhere in the African Jungles (Yes the one infested with all those undiscovered human eating flowers and dangerously funny faced pygmies (the ones who are rumoured to kill you with just one look at them), we were discussing about how dangerous the “Gentleman’s game” has become . Not because of the violence that perpetuates the sport today, but how it has transformed from a “straight game” to one which reeks of fantasies of the same sex.

Inzoo as usual was his “macho” self and went on to say how he and some of his teammates from the Green crescent star spangled banner country really enjoyed the guy’s night out shopping and the time spent together talking about how inconsiderate their girlfriends/wives were and how enjoyable their pajama parties were.

Apparently they love the colour pink very much. One of the players (asked to remain anonymous) divorced his wife when she “accidentally” wore his favourite pink “chaddi”. The infamous chaddi is shown below. 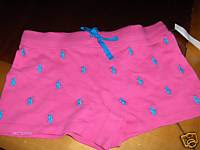 I agreed that his players were very macho and perhaps the most “metrosexual” of all teams. The pictures below though show that their neighbours might infact be the ones really catching it by the balls.. literally (down, left pic). Inzoo seems to rue the passing away of the “good ‘ol days” and is shocked by the public displays of machoism that is rampant today. 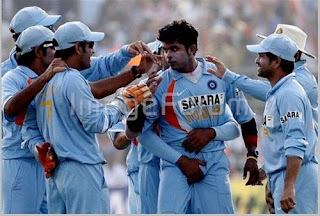 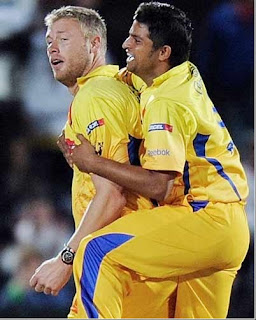 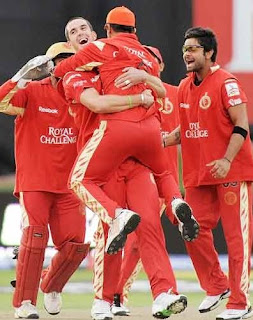 Noone is spared of the new fad that is to attach yourself to your teammates in provocative positions. A close source to one of the teams says that this fad was indeed started by a certain “sportsperson” not fully endowed with the gift of height. It is rumoured that what he lost in terms of wholesome “length” he made it up somewhere else where it is not so visible. A certain bobbing up and down action that he is famous for was apparently taught to him by the African pygmies association who recently felicitated him. “He has shown us that height is not and should not be a barrier to greatness”, said the Chieftain. That’s true, oh chief, because men of stature are in short supply.

The same close source tells us in detail how it is infact an energy generator that is fitted, which has to be pumped to work. The design is said to be crude and the woodwork (yes it is made of wood) quite amateur, but the results are there for everyone to be seen. For him to get all these details one has to wonder how “close” he actually is to martodkar , but who’s complaining?

But the interesting fact is that the action was misunderstood by some members of the cricketing fraternity and thus started the revolution which changed the way “bat and ball” sportspersons the world over look at each other today.

Among all these revelations it is important to note that there is atleast one member of the cricketing fraternity who is still maintains the “Gentlemanliness” that perhaps the fresh blood has forgotten. Yes it is our friend, ShipeverythingtoSA Roadie. Sources close to him tell us that he is making full use of his time in the African jungles. Having been rebuked (in private ofcourse) by the Bubbly, Greedy Fanta about his lisp problem, he enrolled in some Zulu classes which is a proven remedy for the problem which has caused a level of embarrassment to him among the elites as well.