Welcome to the First session of Guru Gyaan on

We swear by putting my hand on Geeta (or chita, or meeta or any other girl you might like) that whatever we will be posting here would be essentially the distorted truth or the likes of it. Occasionally we might goof up and write an original piece with nothing but the truth in it. But then we are humans ... and to err is human and talk about it is after erring is trademark Inzoo.

Introducing the members of our gyaan club, Me is Ziddu (The funnier one) and the other Inzoo ( the  one who is the butt of all the jokes).

Experience is like a comb that life gives you when you are bald and I plan on giving it out for free...!

The Gyaan that we provide is best taken with a chill pill and will distress (sort of like the “bodyline” terror) almost all “bat and ball” lovers out there (but perhaps lapped up by the lookingforfame, cricketispasse’ cool dudes and the likes). 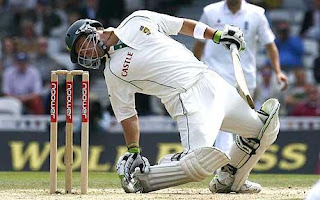 We sure hope to hear from their spokesperson as well and it better be someone other than Passe’ Gawaar and ShipeverythingtoSA Roadie.  We intend to do all the things that disclaimers warn you against and the sentiments that we project are definitely ours (The IPR for the “witty” one liners are with us obviously though).

As a cautionary note we wish to express that this blog will be “BLASPHEMOUS” at the very least and politely formal at the extremes.

I do hope you use the trivia we shell out, to “stump” your friends and relatives (Its one of the innovative marketing ploys by the Bakwaas C(k)achhra Collectors of India, to promote their stake in the  game their ancestors invented to pass their time). Ages ago, before the british came to India, the “ball” was the lump of garbage and the “bat” was the clumped bamboo sticks nowdayas referred to as “Jhaaroo” or cleaning stick. The british stole their game, made it more elite to suit their status in the country and made it the “Gentleman’s game”. But life goes a full circle and its back to the people from the so called”slums” and “underdeveloped” regions who are stealing the show. It’s basically a question of Genes, says a prominent doctor. The descendants of the original creators of the game will always carry that edge over their “developed”, adapted team mates... 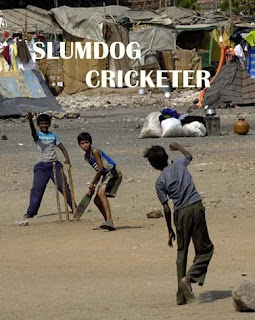 Off late “OUR” favourite pastime (yeah the same bat and ball “sport”) has been steeped in a lot of controversies.  And why not when the “Lord Almighty”, ShipeverythingtoSA Rowdey, has his eyes set not on the future of the “sport” but on something else? 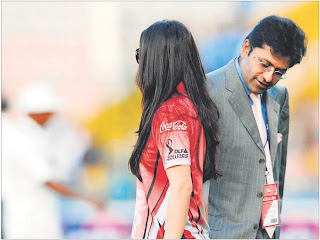